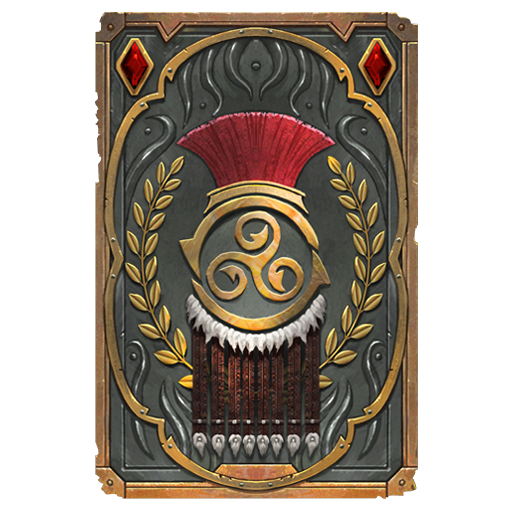 Update: Update 27 was released on the live servers today. We have checked the files again and haven’t found anything new over the last PTS patch.

After the announcement of Update 27 and the Dungeon DLC Stonethorn, the PTS was updated to 6.1.0 last Monday which brought a lot of new stuff with it.
Amongst the new things are: two new Houses, new Outfits, the new Sovngarde Crown Crate and many Sovngarde Drops – and a new datamined Crown Crate texture: Potentate.
Let’s take a look!

“Tucked away in scenic Hjaalmarch, this rustic gallery contains plenty of space to display all manner of antiquities. A gorgeous waterfall provides water to a private pond, creating a perfect setting for scholarly gatherings.”

This House will be made available through the “Lost Treasures of Skyrim” Event.

“This Frozen Coast location features a Dwarven passage that leads past two deep alcoves and out to a frozen lake set amid the natural beauty of Skyrim. Hidden away beyond the lake, an ice cave awaits those seeking further respite from the world.”

This House will be made available through the Crown Store.

We’ve also found the maps of these houses. You can find them here:

The Lost Treasures of Skyrim Event will be this year’s special Chapter event, focusing on the new Antiquities System. At the time of the event, the Alpine Gallery Home as well as an Antiquarian House Guest called “Phedre”will be made available, via a Bundle (Preview Picture seen above).

The last two Assistants aren’t new, but have been datamined as far back as 2.6.0. However, they have recently received new Icons – an indication that they might be released soon.

You’ve made it till the end. Good.
This must be rewarded. So let us show you the Crown Crate coming after Sovngarde.
This crate has many, many implications and we believe will be released ca. Q1 2021 and/or after the announcement of next year’s Cyrodiil-themed Chapter.

Icons and other Imagery

Oh hey, you’re still reading?
We’re almost out of “data-ore”. Uh… how about we give you some Icons as a treat?

We’ve also found some new antiquity icons, two of which are very special, since they are more Imperial Content along with the Potentate Crates.

As well as some other interesting Icons:

We suspect these to be rewards you can earn in the upcoming “Lost Treasures of Skyrim” Event.

We’ve also found the Icons of the new Furniture coming with U27. Most of them are building structures: